Put The Needle On The Record 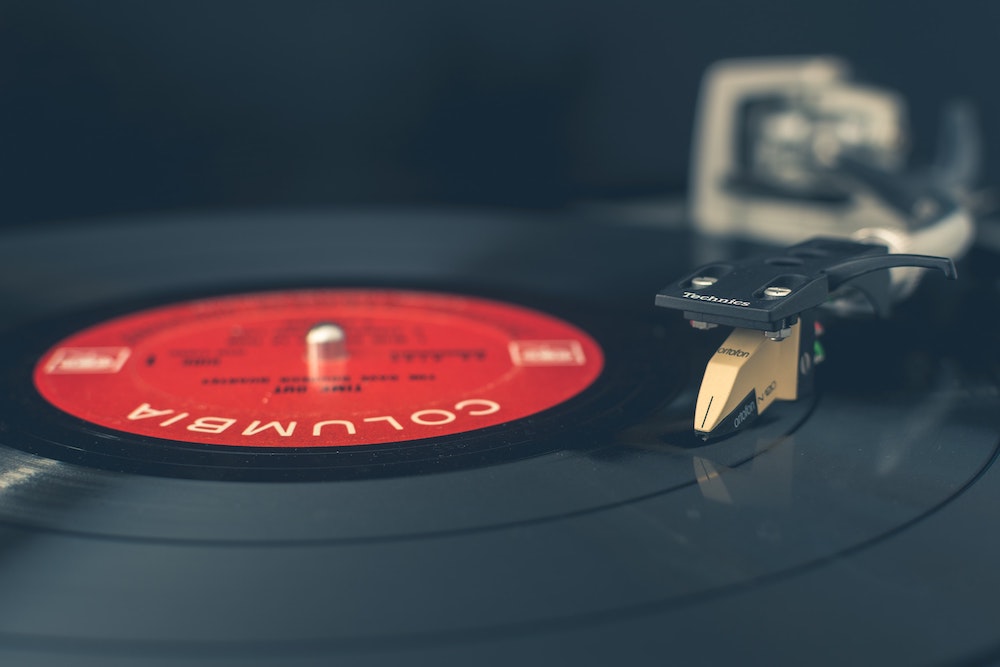 Several years ago I decided to purchase a record player. I had been considering this for some time and even though I had a hi-fi system that worked perfectly well, and I was able to play a large collection of my CDs, I felt something was missing. As a little boy growing up in the early seventies I was aware of the power of music and how it shaped my world. Seeing Marc Bolan and David Bowie on Top of The Pops, like a lot of young people of my generation, had a profound effect on me. Their androgynous beauty combined with a Dionysian other-worldliness made its mark on my impressionable mind.

I cannot remember what age I was when I played my first record (memory is a slippery beast) but my mother owned a small portable record player – the sort of one that was to be found in teenage bedrooms throughout the land in the 1960s. She was not a huge collector of records herself; her tastes, at the time, were like a lot of young women in the early seventies, leaning towards the singer-songwriters, whose self-reflective, confessional tone caught the mood of the early 70s. I am very grateful for her introducing me to the delights of Bob Dylan, Donovan, Cat Stevens, and early Rod Stewart. She did, however, have four brothers with large record collections who were always passing down records to her, which meant she inherited copies of The Beatles Revolver and Rubber Soul.

One day I found myself alone in the living room with a small pile of 45s and a selection of various albums, and access to my mum’s record player. I cannot remember exactly what I played on that day, although I have a faint memory of playing some early Elvis singles. What I do remember was loving the ritual of taking the record out of the sleeve, holding it carefully in my hands, then placing it on the turntable and carrying the needle across ’til it touched the record, then listening to that light crackle of the needle on vinyl and the glorious, warm sound of the record booming out the speaker. I loved the tactile experience and the sense of intimacy it created between me and the record and the music. As I listened to those records I would often lie on the floor gazing for hours at the beautiful record sleeves that adorned each record, that hinted at the music contained within.

So I ask myself the question, have I purchased a record player out of some sort of over-40s male nostalgia? Maybe? But I also feel that, with the increasing growth in modern technology, we now live in a world where we are offered limitless opportunities to listen to music at the touch of a button, to be able to download any film, television show or song in a few moments. As wonderful as these latest developments are (and I am a man who likes his iPod) I feel we lose something on a very human, soulful level. Just because something is easy does not mean it has the same value. Think of the difference between a ready meal from your local supermarket and a meal you have prepared by hand, having gone to your local greengrocer to select your ingredients, and then lovingly cooked for yourself, family or a loved one. Since purchasing my new record player, I have really enjoyed going into Stretford on a Saturday afternoon and going to my local record shop Reel Around the Fountain, looking through the record racks and buying a record with my well earned cash. I feel much more a sense of human interaction and effort made to obtain something I really care about. In my experience people love their record collections – they don’t feel the same way about their CDs!

I have made a little pact with myself that the next time I get the urge to go on Amazon because it is easier to buy something, I will try and pause for a moment and ask myself whether I could take effort to go to a local shop and buy it from there.

“Somebody was trying to tell me that CDs are better than vinyl because they don’t have any surface noise. I said, ‘Listen, mate, *life* has surface noise.”   John Peel ( the longest serving of the original BBC Radio1 DJs)