My grandmother had a love of the silver screen and as a small boy I would happily spend afternoons with her watching iconic films such as, Alfred Hitchcock’s ‘The Lady Vanishes’ which starred the great British actress Margaret Lockwood. Who during the war years was Britain’s number one box office star, starring in films such as ‘The Man in Grey’ and ‘The Wicked Lady’. One day, I was shown a fascinating photo of her which was signed to my Great Grandfather Adam Moffat. The faded inscription read “To Adam, best wishes from Margaret Lockwood & Toots.’

Upon further investigation I discovered my Great Grandfather had been given the photo after she had visited the clothing factory where he worked as a foreman in 1948. Accompanying the photo was a letter thanking him for a kilt he made for her daughter Toots:

“Dear Mr. Moffat, Just a note from myself and Toots to thank you personally for the very useful and charming kilt which you made for her. It was a most pleasant surprise and added a great deal to my enjoyment of a most interesting visit to your factory. Thank You again Yours Sincerely Margaret Lockwood”

I share this story with you because this experience gave me a sense that the world was suddenly bigger than the one I previously known. I began to discover a love of the cinema, the theatre and art which developed a sense of meaning and creativity I had not previously been exposed to. For me, the arts provided a vital gateway into life. They helped me make sense of what it was to be alive and in the world, with all its complexity.

Many years later I inherited that photo of Margaret Lockwood and it know sits framed in my flat. When I look at it, I feel a thread of connection not only to my family, but also to my early love of the arts in all forms and how much they have enriched my life for the better.

“The arts, quite simply, nourish the soul. They sustain, comfort, inspire. There is nothing like that exquisite moment when you first discover the beauty of connecting with others in celebration of larger ideals and shared wisdom”. 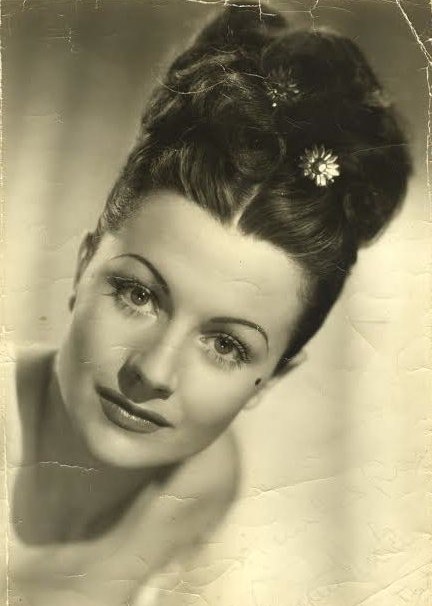