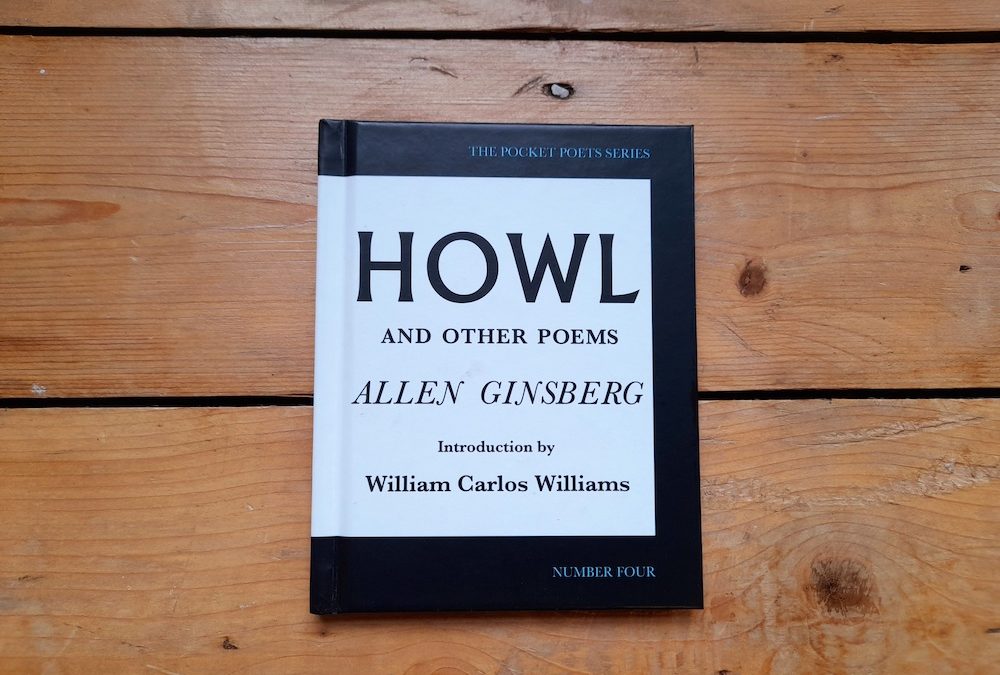 On the evening of October 7th 1955, Gallery Six took place in a low-ceilinged former auto-body repair shop in San Francisco.  Gallery Six was an event where local artists within the bohemian community could meet and share their work. That evening, various poets including Gary Snyder, Philip Whalen and Michael McClure performed their work.  Also that evening, a relatively unknown poet named Allen Ginsberg got up on the makeshift orange-crate podium and read a new poem he had been working on called, ‘Howl’. The poem, with its hallucinatory style was seen as a response to Cold War America and drew on themes from Ginsberg’s personal experience with references to illicit drugs, sex and homosexuality. This epic poem sent ripples out into the world and even that evening for those who had heard and witnessed its birth, felt that something special had just happened. The poem now considered to be one of the great works of American Literature and the birth of the Beat Generation.

The morning after the debut reading of ‘Howl’ Lawrence Ferlinghetti, co-founder of the City Lights Bookshop & Press sent Ginsberg a telegram. In it he wrote, “I greet you at the beginning of a great career.” Ferlinghetti then published, ‘Howl and Other Poems’ in 1956.

In 1957, 520 copies of the book were seized by U.S. Customs Officials, and Ferlinghetti was charged with “…willfully and lewdly printing, publishing and selling obscene writings.” A famous censorship trail ensued and Ginsberg, along with his friends were thrust into the international headlines. Ferlinghetti won the case as the Judge decided that the poem had, “redeeming social importance.” This judgement sealed Ginsberg’s role as one of the most famous poets of the modern age.

The definition of the word censorship is, “The name for the process or idea of keeping things like obscene words or graphic images from an audience.”  If we take the idea that certain images and words are deemed offensive to our morality or decency as true, then we can become bound by the conditioned beliefs of the culture we live in and we are not free.

If we look at our own lives and take a deeper inquiry within, we may find that we have our own censorship trials taking place. What we do on an external level as a society or culture is a mirrored reflection of how we might view ourselves on an inner level. We may have certain thoughts, feelings and images that arise in our experience that we deem unacceptable and this may leave us feeling uncomfortable. As a response to this we may try and censor these aspects of self and label them as, bad or wrong.  If we look at this from a Buddhist perspective, this can be seen in a new light. When we observe our thoughts, feelings and perceptions, they cannot be said to be solid or permanent. Everything that arises in our experience is like a play of energy in the mind or a rainbow in the sky. It has no fixed essence, appearing one moment then dissolving the next.

Whatever momentarily arises
in the body-mind
Has no real importance at all,
has little reality whatsoever.
Why identify with,
And become attached to it,
Passing Judgement upon it and ourselves?
Far better to simply
let the entire game happen on its own,
springing up and falling back like waves
without changing or manipulating anything
and notice how everything
vanishes and reappears, magically,
Again and again, time without end.
Free and Easy,
A Spontaneous Vajra Song: Venerable Lama Gendun Rinpoche